Tartuffe was an immense challenge. My company, YTG, was producing it as a co-production with the Tokyo International Players. Tartuffe had not been my first choice of show, but with the co-production hanging in the balance, I agreed to direct it. I spent the spring and summer of 2010 trying to figure out how to do it. Given the immense resources it takes to put on a show, I always want the pieces I work on to be relevant to my audience. I also wanted a mixed cast, at least half Japanese (which was something rather unusual at the time in the English language theatre scene). Over the summer, I came up with the idea of setting the show on a train platform in Japan in February 1940, less than a year before the outbreak of the Pacific War. Or rather, creating the framing device of people stuck together in a train station performing a play to pass the time. Each performer created a character for the framing story: there was a missionary couple, a soldier’s widow, a university professor, a Japan Travel Bureau agent escorting a Jewish woman rescued from eastern Europe (yes, this was a real thing that happened), a young girl who had been sold by her parents and the broker who accompanied her, a British diplomat, and more. The non-Japanese characters were all members of the Yokohama Amateur Dramatics Club returning from a tour in Kobe. The research was mostly done by the performers themselves, and many rehearsal hours were spent working these sections of the show because they were unscripted. It was important to me that the ‘real’ parts of the play felt completely unscripted.

I also couldn’t find a translation that worked for me, so I went to work on writing my own prose adaptation specifically tweaked for the cast that I had (and the characters they’d created for the train station scenes).

Tartuffe was the last scripted show I worked on as a director because I fell in love with the process of creating a collective story with a group of performers. 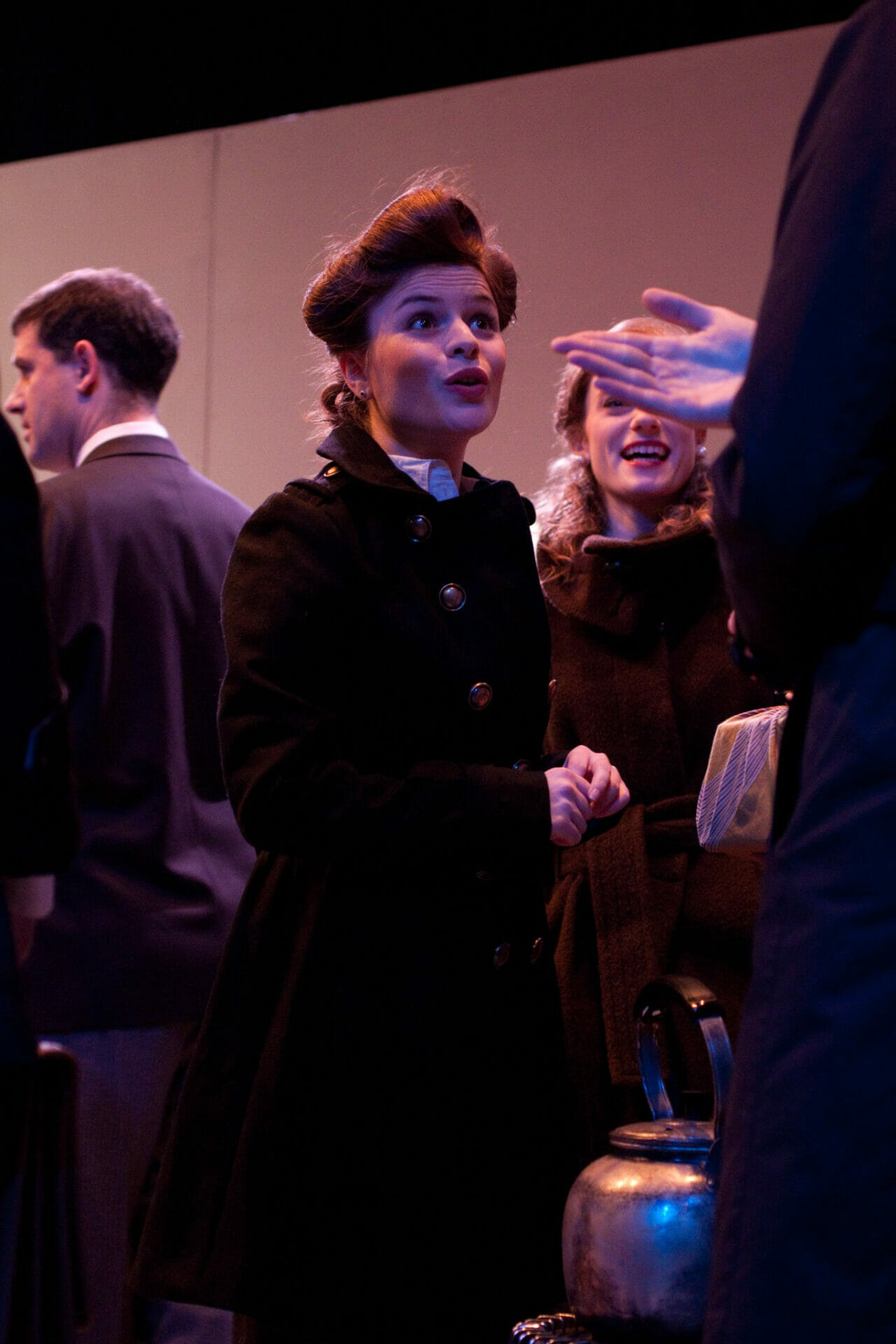