The Outliers: Campfire Stories of the Future

In a future devastated by climate change, a group of musical storytellers journey from village to village performing half-remembered stories from our planet’s cultural past. This weekend, they’ve come to your village…

That was the plot of YTG’s 2017 annual September show, The Outliers: Campfire Stories of the Future. Another collectively created show, The Outliers became an experiment in how much dialogue we could put into a show and yet still make it comprehensible and entertaining for a non English-speaking audience. On this show my main roles (other than producer, which is a constant role I play at YTG) were performer and lead writer, although in the late stages of production, I was also playing the role of director as necessary.

The initial draft of the show had a very linear narrative and a probable running time of two hours. Everyone had contributed to the script, but the bulk of it was written by ensemble member Sasha Aronson and myself. One of the main performers, who was also the production designer and the core of the team, had her grant cut off before production week, which meant we had to scale back quickly to a 75 minute show.

With everyone’s agreement, I took on the task of changing the show into a series of vignettes, loosely linked to the members of a storytelling troupe performing stories for an audience. It was the first main stage kids’ show YTG had done since I took over in 2006, so it was quite a risk, but in the end, it paid off. 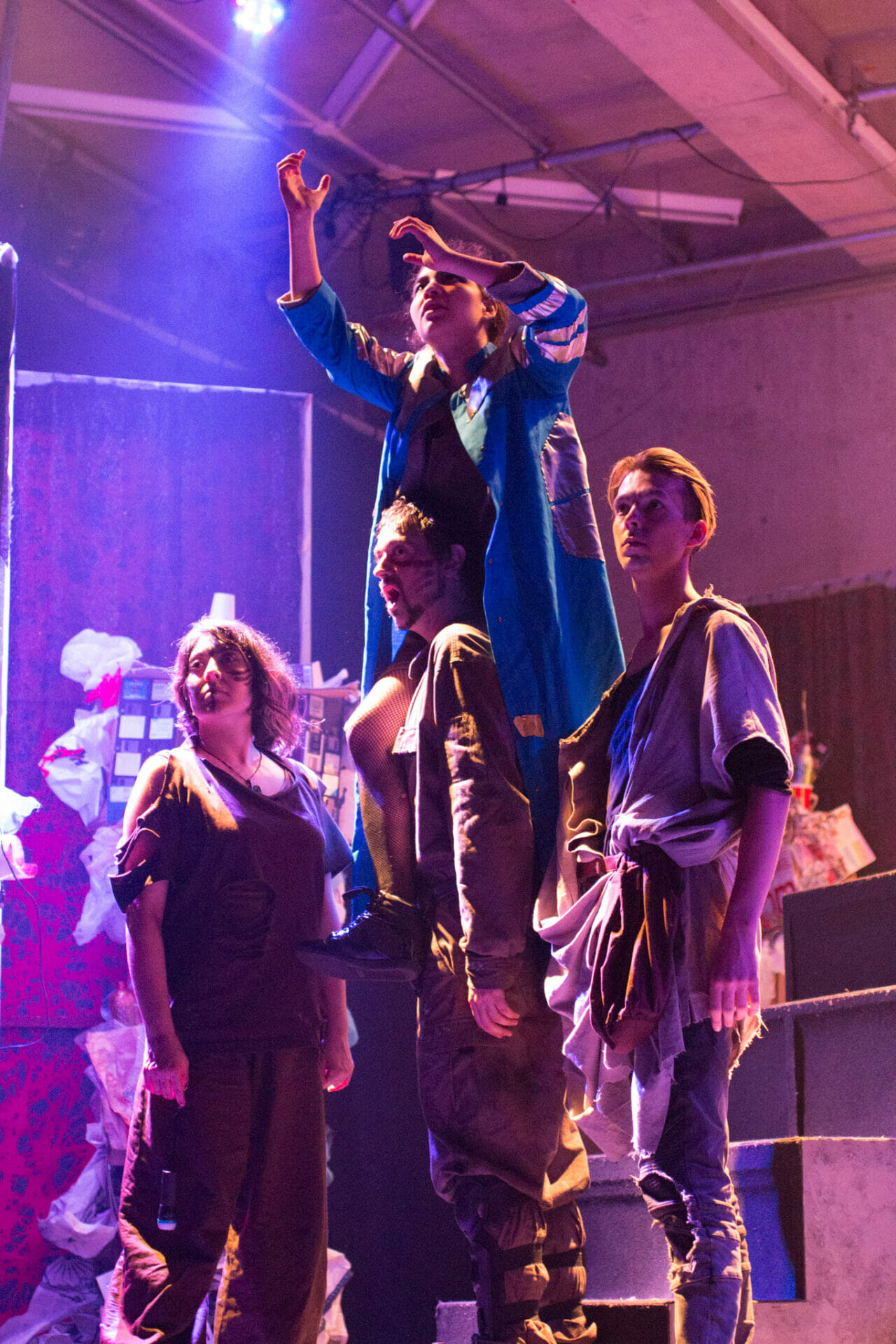 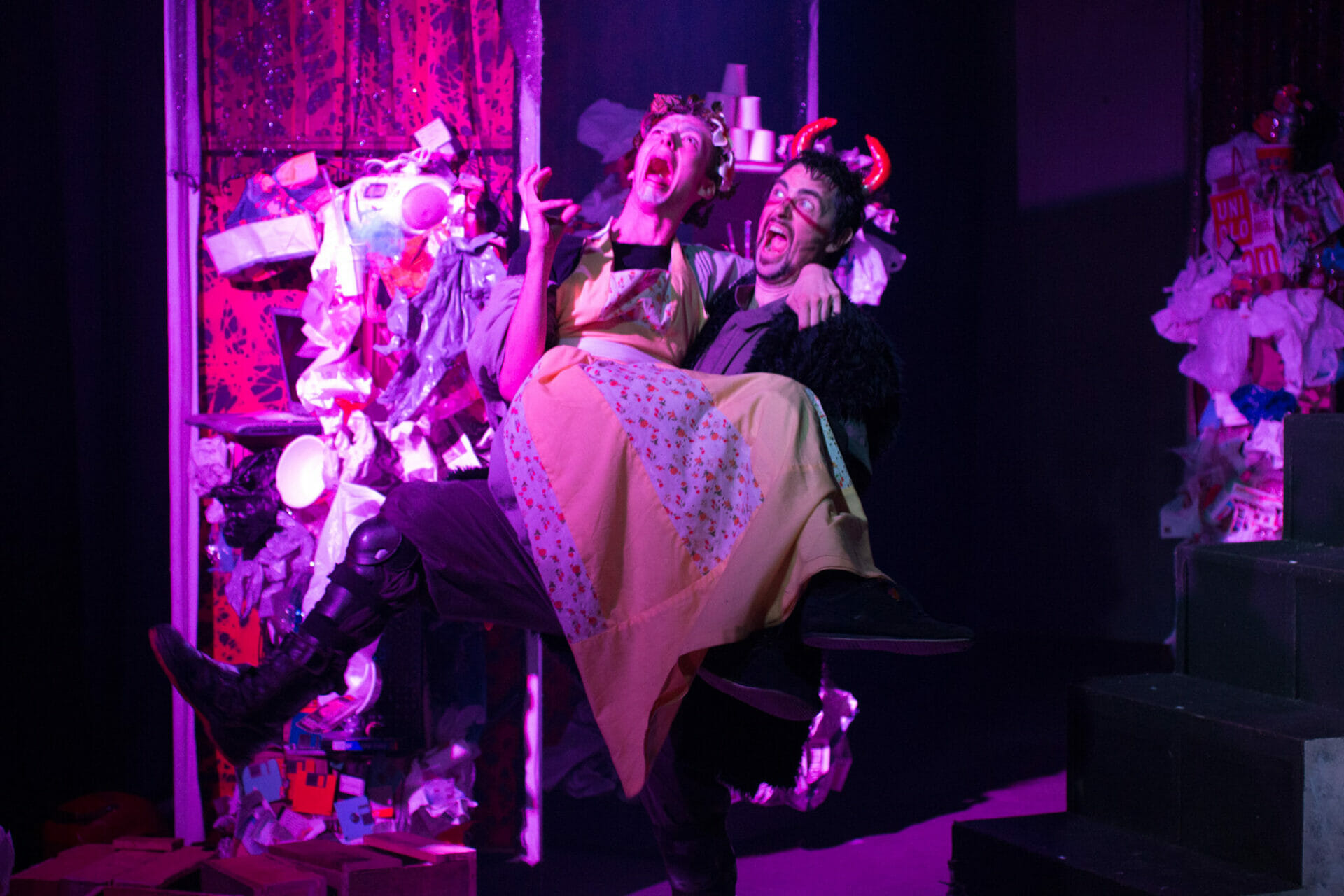